A demand function describes the mathematical relationship between the quantity demanded and one or more determinants of the demand, as the price of the good or service, the price of complementary and substitute goods, disposable income, etc.

Since the most important determinant of the demand for a good is the price of the good, the demand is usually represented by:

The Law of Demand

This simple function illustrated the Law of Demand. The law of demand is a principle that states that there is an inverse relationship between price and quantity demanded. When the price of a product increases, the demand for that product will fall. We can see this in the negative slope of the demand curve.

This is represented by the negative slope of the demand function.

More than one determinant of the demand

If we include additional determinants, besides the price, the demand function can be visually represented by an n dimension plot.

For instance, if we include the price and disposable income, we can visualize the following function: 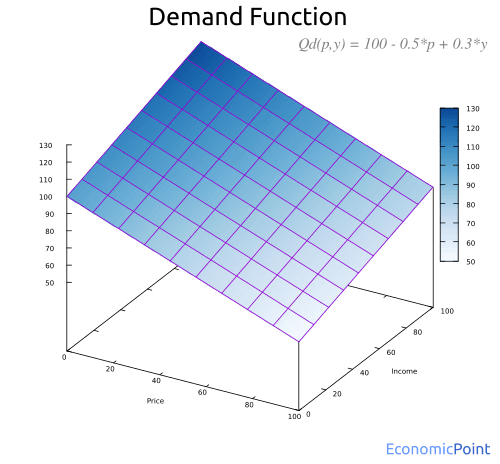 Changes in the Demand

Movement along the Demand Curve - 2 dimensions 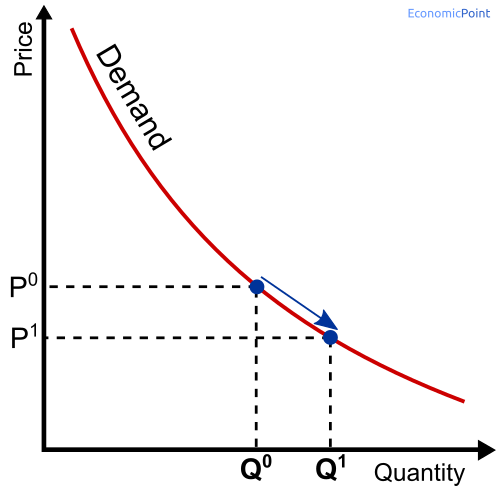 Shifts in the Demand Curve - 2 dimensions

When a determinant other than the price changes, there is a change in the demand. But the whole demand curve moves. For instance: 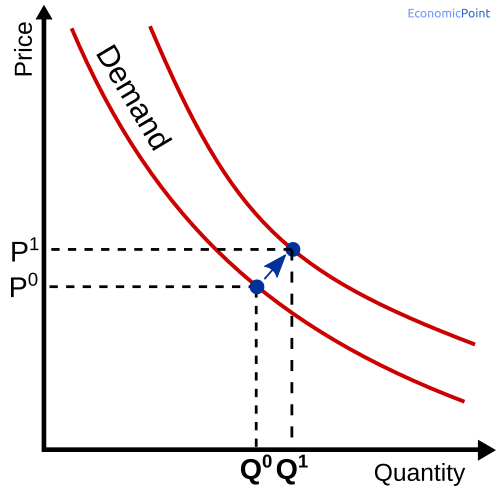 Perfect Substitute Goods are those goods that can satisfy the same necessity in exactly the same way.

If prices are equal, the total quantity demanded is a function of the price. There is a mix of X and Y, but the model doesn’t determine the exact amount of each good. 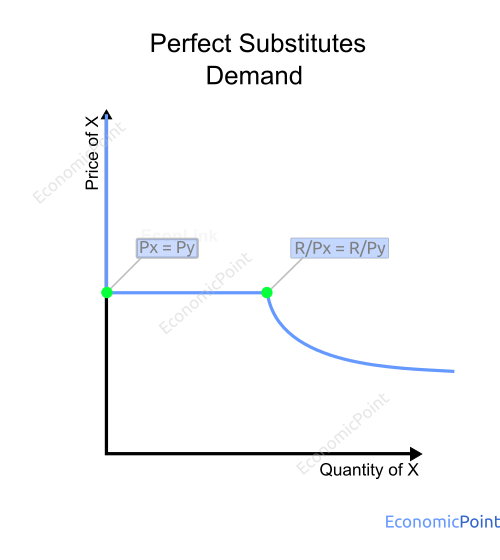