The elasticity of production is a measure of the responsiveness of the production function to the change in one input.

The quantity supplied depends on several factors. Some of the more important factors are the price of the good or service, the cost of the input and the technology of production. 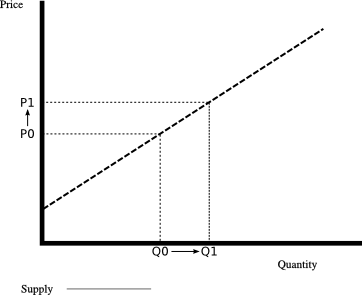 Movement along the supply: when the price increases, the quantity supplied decreases