The Stakeholder Theory is a theory of organizational management that states that companies could archive better performance by taking all stakeholders into account, not only shareholders. Stakeholders are clients, suppliers, employees, the government and the society where the company operates.

Stakeholders are defined as parties that are affected by the actions of the company, directly or indirectly. Stakeholders can be classified in internal and external. 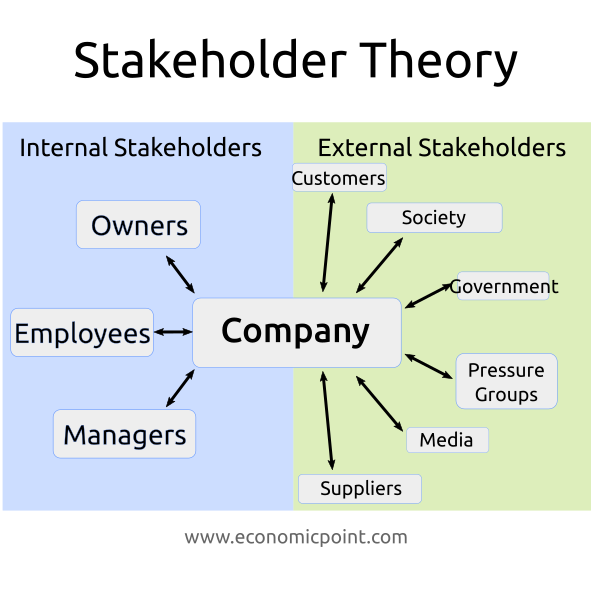 The Stakeholder Theory quickly gained interest, but also detractors. One of the main issues of the theory is that many interpreted it as a managerial theory that mixes business with moral appeals. Another important critic of the theory is that it difficults risk-taking and corporate governance.

From the economic point of view, the Stakeholder Theory represents a departure from neoclassical economics.

Milton Friedman, a renowned economist, suggest that managers should only take the shareholders interest into account. Shareholders should decide by themselves what social actions should be carried by the company. Two schools of thought on the subject formed.