Renewable Resources are those resources that are not exhausted by their utilization. They return to their original state or are regenerated quicker than they are decreased by its use.

Resources are those capacities and elements (both natural and man-made) that can be used to produce goods or services, or that have an intrinsic value without the need to be modified, and are scarce in relation to the current or potential demand. 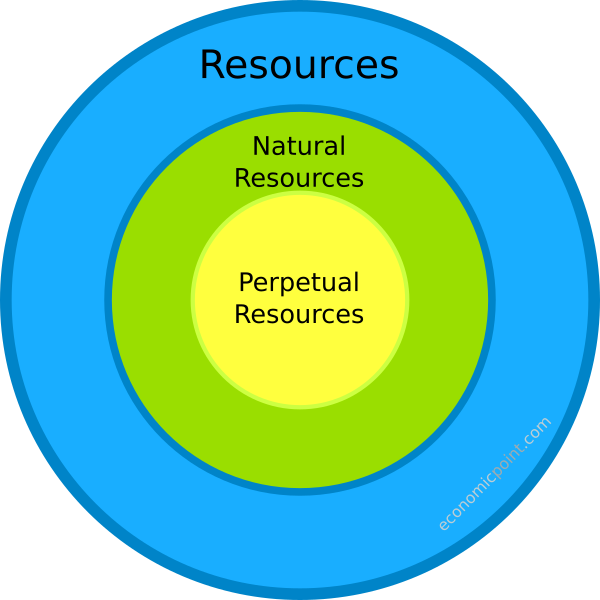 Vegetables can grow without exhausting the soil, therefore, they are considered to be a renewable resource as long as this requirement is met.

A narrower concept takes the entire production process into consideration. From this point of view, agricultural products (food, bio-fuel, raw materials, chemicals, etc.) are considered renewable only if in addition to its production, the collection, logistics, processing and distribution of the product are also considered as “sustainable”.

Products from forests such as wood, chemicals and paper can also be renewable resources if they are produced with sustainable techniques.

Clean water is a renewable resource due to the water cycle, but this does not mean that it is an unlimited resource. The increase in population, as well as contamination and the destruction of clean water natural resources, can put at risk the availability of clean water.

For example, if water is extracted from an aquifer at a rate that surpasses the rate of renewal, the water from the aquifer will cease to be renewable.

Hydraulic energy, or hydropower, is energy produced by water that falls or runs to a lower level. Hydraulic energy can be transformed into electricity.

Solar radiation can be used directly to generate electricity and heat. Indirectly, all renewable resources, other than Tidal and Geothermal Power, derive their capacity from the Solar Radiation.

99.9% of the earth’s energy comes from the sun. A lot of energy is direct solar energy, but also wind and hydraulic energy come from the sun. Hydraulic energy exists because the heat of the sun and wind work together to move water from low lying to elevated areas. The biomass that may be used as bio-fuel exists due to the photosynthesis process. The energy that comes from the wind exists because the sun’s energy heats different regions in different ways. Solar radiation is a perpetual resource.

Wind power can be transformed into electric energy with the use of wind turbines. Wind power is derived from solar radiation and is considered a perpetual resource.

Waves are produced by wind. Energy from waves is also derived from solar radiation and considered a perpetual resource.

Extracting energy from waves is difficult and technologies are still in development. Worldwide potential for wave energy is enormous.

Tidal energy is a form of hydropower that is obtained from tides. It is also derived from solar radiation and considered a natural perpetual resource.

Like energy from waves, tidal extraction of electricity from tides is not widely used.

Geothermal Energy is derived from the natural heat of the earth. In certain spots, hot water or streams are near the surface and can be piped for its direct use (heat generation) or the steam can be used to power turbines and generate electricity.

Geothermal energy is not derived from the sun and is considered a natural perpetual resource.

Fish as a Natural Resource

Fish is generated without human intervention an is an important natural resource. It can be considered renewable if it used at a rate that allows it’s regeneration.