¿What is Renewable Energy?

Renewable Energy is energy that is generated from resources that are not exhausted by their utilization, like solar energy, wind energy and geothermal energy.

Almost all Renewable Energy comes from the Sun

99.9% of earth’s energy comes from the sun. A lot of energy is direct solar energy, but also wind and hydraulic energy come from the sun. Hydraulic energy exists because the heat of the sun and wind work together to move water from low lying to elevated areas. The biomass that may be used as bio-fuel exists due to the photosynthesis process. The energy that comes from the wind exists because the sun’s energy heats different regions in different ways.

Not all Renewable Energy can be used 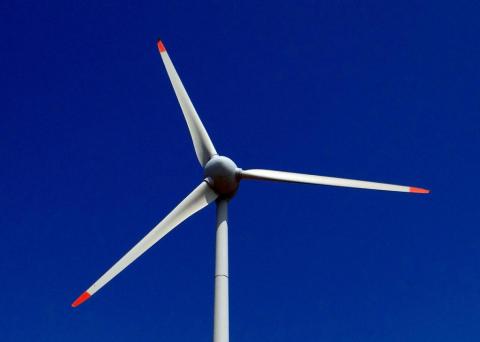 Hydraulic energy is a mechanical energy that comes mainly from the water that travels from elevated to low lying areas due to gravity. The mechanical energy contained in the movement of water has been used by man since ancient times via watermills that directly use mechanical energy. Currently, this renewable energy can be harnessed through the building of dams and hydroelectric plants that transform it into electric energy. Hydraulic energy is considered to be renewable because after its use, the water returns to the elevated areas (water cycle).

Wind power can be transformed into electric energy with the use of wind turbines.

Biomass contains energy because photosynthesis accumulates solar energy. Through combustion, the energy contained in the biomass can be transformed into caloric energy, electric energy or processed to create bio-fuel which can be used in cars or other types of transportation. Biomass is a renewable resource if its rate of use is less than or equal to its rate of regeneration.

The recent growth of the bio-fuels sector has contributed to the swell of food prices all over the world, putting at risk the food security of many countries, in particular poor countries which are net importers of food.

Geothermal Energy is derived from the natural heat of the earth. In certain spots, hot water or streams are near the surface and can be piped for it’s direct use (heat generation) or the steam can be used to power turbines and generate electricity.