The Gross Domestic Product is the monetary value of final goods and services produced by an economy in a given period of time.

The word gross means that certain values are not calculated; these values are: variation in inventories and capital depreciations or appreciations.

The word product refers to an added value.

How is the Gross Domestic Product calculated?

The GDP is the sum of the earnings of salaried employees, profits made by businesses, and taxes minus any grants. The difference between the value of a company’s outputs and the intermediate goods ends up in one of the three following categories: workers; in the form of labor income, businesses; in the form of benefits, or the State; in the form of indirect taxes, such as the VAT (Value Added Tax).

It must be kept in mind that production is measured in monetary terms; because of this, inflation can cause the nominal measurement of the GDP to be bigger from one year to the next, while at the same time the real GDP is unchanged. To solve this problem, the real GDP is calculated by deflating the nominal GDP through a price index, or, to be more exact, a GDP deflator is applied. A GDP deflator is a price index that includes every produced good.

To make international comparisons, the GDP can be expressed in US dollars. Since exchange rates tend to be very unstable, this measurement is affected by the exchange rate fluctuations. To solve this problem, economists use another method to conduct international comparisons, which consists of deflating the GDP by using the purchasing power parity (better known as PPP).

The GDP per capita is the average amount of Gross Product per person. It is calculated by dividing the total GDP by the number of people living in a given economy.

What is wrong with the GDP?

The use of the GDP per capita as a measurement of well being is generalized, but the Gross Domestic product might not be the best way to measure well-being. Here is why:

GDP at purchaser's prices is the sum of gross value added by all resident producers in the economy plus any product taxes and minus any subsidies not included in the value of the products. It is calculated without making deductions for depreciation of fabricated assets or for depletion and degradation of natural resources. Data are in current U.S. dollars. Dollar figures for GDP are converted from domestic currencies using single year official exchange rates. For a few countries where the official exchange rate does not reflect the rate effectively applied to actual foreign exchange transactions, an alternative conversion factor is used. 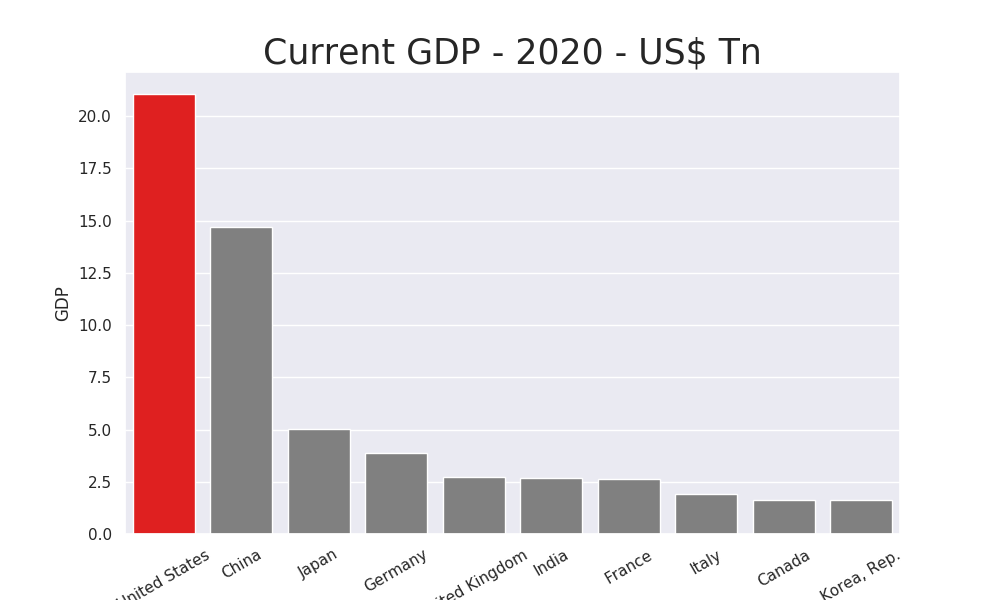