Crude oils from different regions is compared with some benchmarks with well known specifications. The most common benchmarks are Brent and WTI (West Texas Intermediate). Brent and WTI crude oil are light and sweet, but WTI is lighter and has less sulfur than Brent.

High quality crude oil can be found in Irak, Arabia and Texas. 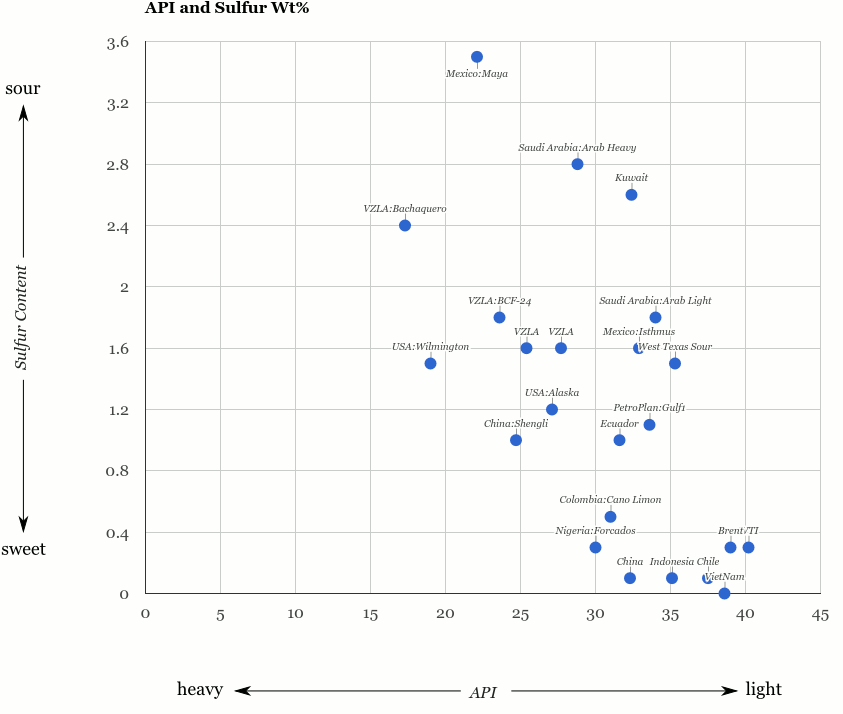 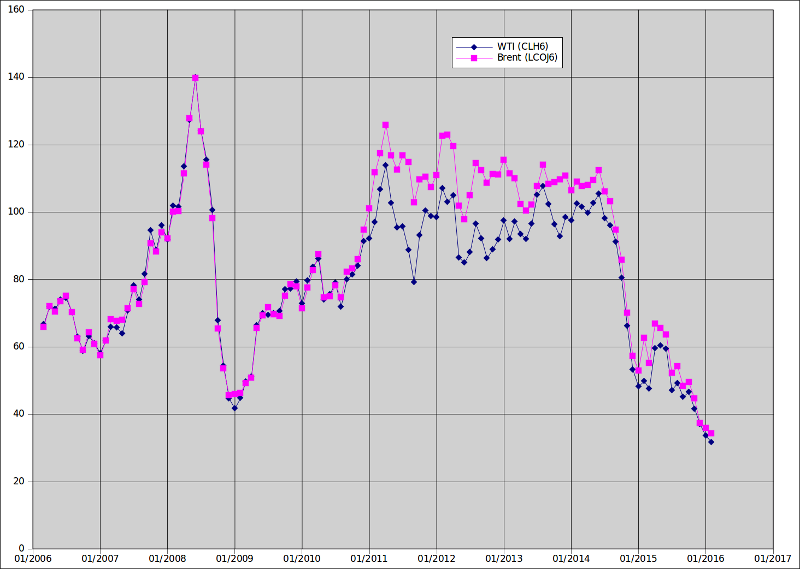